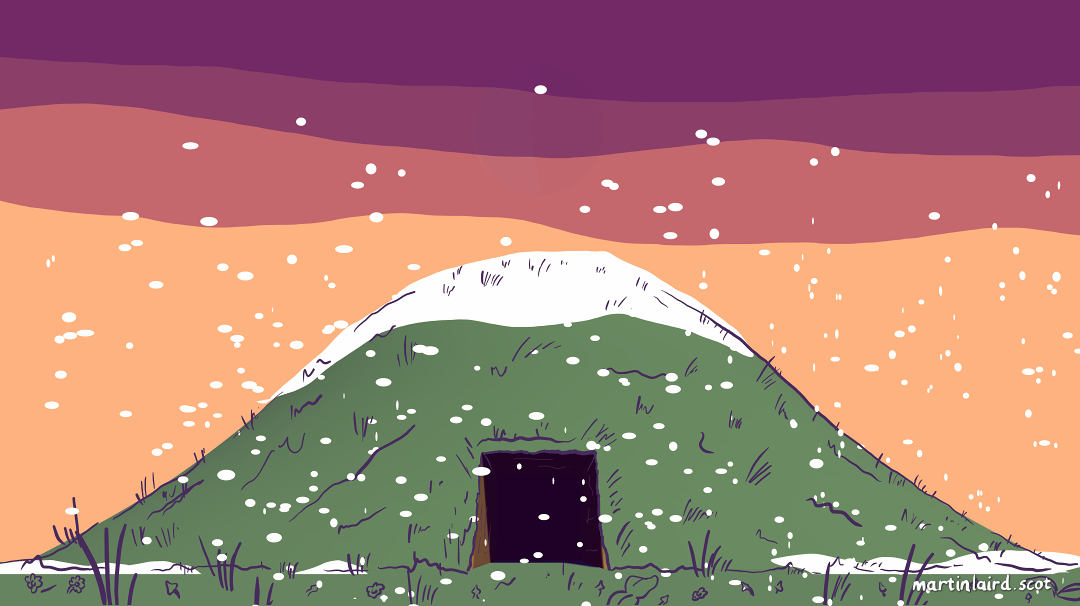 The Fairy Dance is a forthcoming animation by Orcadian artist Martin Laird inspired by a folk tale about a fiddle player who entertains “the peerie folk”. These are music-loving goblin-like creatures thought to live in the mounds which scatter the landscape of Orkney (in reality neolithic chambered cairns, of which the most well-known is Maeshowe).

As is often the case with faeries found in European folklore, such creatures can be tricky and dangerous to deal with. Their boons may come with an unexpected twist or curse.

A preview of the animation showing a time-lapse of the cairn in question can be found on YouTube or watched below:

The Fairy Dance has been developed with equipment purchased using a Visual Artist and Craft Makers Award (VACMA). Thanks to Orkney Islands Council, Creative Scotland and Highlands and Islands Enterprise for supporting the creation of this animation.

The title of The Fairy Dance comes from the traditional scottish fiddle tune of the same name, of which there are many variations.

The animation itself has been hand-drawn with a graphics tablet using the amazing free and open source software Blender. The 2d “grease pencil” drawing capability of Blender is combined with (rather primitive!) 3d modelling.